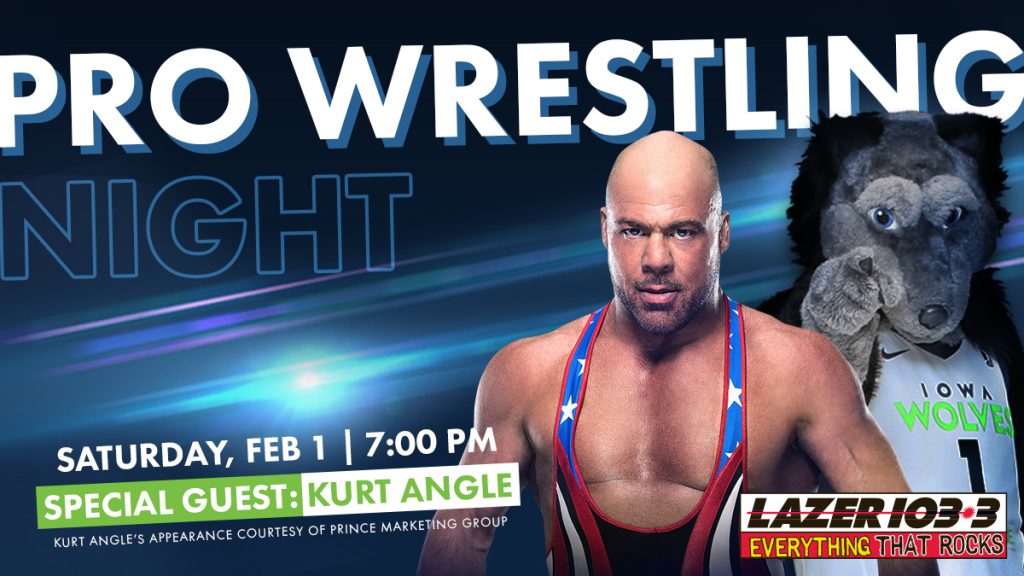 VIP Meet & Greet packages start at $100 and include one game ticket with access to the pregame meet and greet with Kurt Angle beginning at 5:30 p.m., photo and autograph opportunity with the former WWE wrestler, floor seating near the 3XWrestling ring during the game and two free beer tokens.

3XWrestling will host matches from the courtside ring during the Wolves game.

A highly decorated amateur athlete, Angle won a pair of NCAA titles at Clarion University before competing for and capturing a gold medal at the 1995 World Wrestling Championships. However, the Olympic Hero may be best known for capturing national attention in 1996 when winning the 220-pound freestyle wrestling competition at the 1996 Olympic Games in Atlanta despite a broken neck.

A life in the WWE came calling soon after Angle’s amateur career ended, as the Wrestling Machine quickly become one of the most respected wrestlers of The Attitude Era. During his seven-year tenure, Angle amassed four WWE Championships, a World Heavyweight Championship, European Championship and Intercontinental Championship. On March 31, 2017, Angle was announced into the WWE Hall of Fame’s Class of 2017.